We’ve all experienced it—that flicker of irritation we get when we see that someone has, yet again, shared an inane internet video. There are tons of videos online that aren’t share-worthy and, if they ever were, have had their novelty worn off. The social media platforms available today mean that more than ever before, people are able to share videos that we wish they wouldn’t.

Short of defriending/unfollowing them, there’s not much else you can do except sigh and shake your head. Take a look at our list of videos we wish you’d stop sharing—you’ll probably find some on here you agree with. Here’s what we think should be banned from sharing. Check out the link in each title to see examples—click at your own risk. 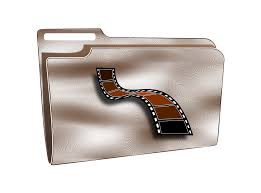 And by “Animal,” we mean “Insect.” In this particular link, a person who, as he says, “just wanted to eat a banana,” got a nasty surprise when something in the top of his banana started wriggling and pulsing. A few seconds later, a giant spider wriggled its way through the banana peel. In addition to ruining bananas for everyone, this also ruined the days of those of us who just wanted to log in and scroll through Facebook once or twice before starting the workday.

Human bodily functions shouldn’t even have to be mentioned on this list because it seems so obvious that you shouldn’t share these videos because they’re disgusting, but recently, a video of a giant, superhuman, cystic zit popping has been shared repeatedly.

Brought to the surface (no pun intended) by Buzzfeed, this video has ruined just about as many days as the banana spider one. Stop sharing zit-popping videos, especially for those of us who have the misfortune of stumbling upon them while trying to peacefully enjoy a Boston Crème Donut.

By now, everyone has probably seen or at least heard of the mindlessness that is “Angela v. Bath and Body Works.” If not, click the link in the title to take a peek. The video might make you laugh or possibly cry; in it, a woman (Angela) is outraged at the fact that Bath & Body Works doesn’t have the type of candle she wanted.

What follows is a hilarious, confusing rant involving a person named “Jen from Appleton” and the tragedy that is Bath and Body Works not taking candle orders seriously enough. It is, as one YouTube commenter described it, “one of the greatest American monologues of the 21st century.” Another compared it to the Odyssey, “except worse.”

Videos that Will Get You Fired

While this might seem like an obvious one, there are always people who don’t quite get why making and sharing a video of you using company property and resources to make a video might not go very well. In this clip, a group of lifeguards make an (admittedly funny) parody of “Gangnam Style” using company property.

The city of El Monte, California, did not think it was funny and fired all of the lifeguards involved. However, after a lot of protests and outrage, the lifeguards were rehired. The video is still up—check the link. The lesson here would be to not share videos that will get you fired and, if you do get fired, try making a Facebook petition page because that might work to get you rehired.

While watching someone face-plant after misusing a Segway is hilarious, sharing crazy videos of injuries like those featured in the link above—worst sports injuries—are cringe-worthy. Imagine scrolling down your Facebook feed, drinking a cup of coffee, relaxing, and the next thing you see is someone’s femur bursting through their skin. Gross. You, the sharer, might have the stomach for that, but it’s pretty much guaranteed that nobody else will.

There are probably a ton of other videos that would make this list, but these are just the main ones. Basically, it’s pretty simple: don’t share anything that will get you fired, mocked incessantly, or that will gross out all of your friends and followers to the point where they befriend you and/or vomit. Though, it’s great to have an action camera, such as the Polaroid Cube+, handy at all times, as some footage is just worth watching millions of times.