The two big luxurious saloons Bentley Mulsanne vs Rolls Royce Ghost compete for their big brand names of Bentley and Rolls Royce. Bentley under the brand Volkswagen is a V12 with the Continental series, but the Mulsanne comes with the V8 option, the one which had powered the Bentleys and Rolls Royces for more than half a century.

Both Bentley and Rolls Royce are the most premium luxury vehicles and competitions among them is always aggressive. Here is one face-off between Rolls Royce Ghost vs Phantom with specifications at Automobiles Base.

Some think Mulsanne is the competitor to the Phantom, but it’s rivalry is with the Rolls Royce Ghost in reality and with that it is the first time, the Bentley is more expensive than the equivalent Rolls in the UK, £220,000 (Rs. 1.58 crore) against £195,000 (Rs. 1.4 crore) for Rolls Royce ghost. 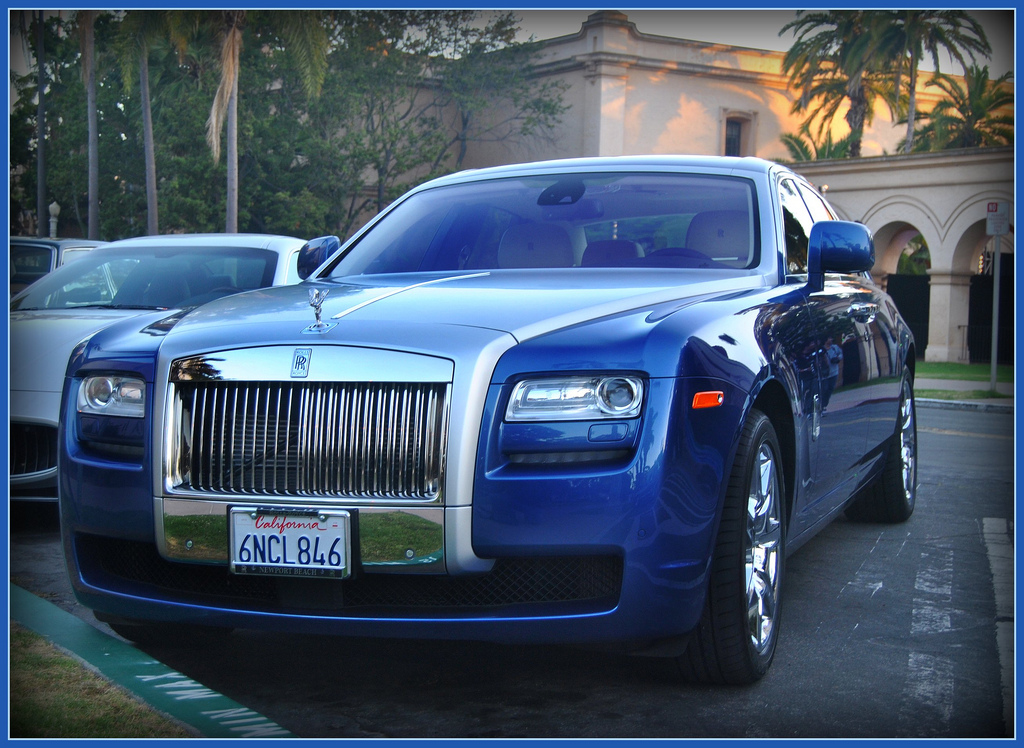 With those prices, they compete each other. Built and furnished by the German carmakers, they have much in common, the ZF eight-speed automatic transmission for both luxury saloons, but one thing is different which makes much of a difference, the engine options V8 and V12.
The Ghost’s 6.6-litre V12 is a longer stroke development of the 6-litre engine from the new generation BMW 7-series 760i. It has 4 camshafts, 48 valves, twin turbochargers and direct fuel injection.
The Bentley’s V8 is 6.75 litres like its predecessor Arnage and also has twin turbos, but specs read single camshaft at the base, and arrangement similar as of with the inexpensive American V8s.

Volkswagen made the development of a new and unique chassis for the top model of the Mulsanne, but its power unit was going to be derived from an existing engine and so the Bugatti W16 was considered with a variation of the VW W12 used in continentals. But the engineering team of Bentley took a challenge of changing the old engine to meet the Euro 5 exhaust emissions regulations to ultimately improve the efficiency by 15%.
Along with lower CO2 emissions, the improved fuel economy came through cylinder deactivation and cam phaser. This cylinder deactivation works like closing the valves on 4 out of the 8 cylinders at low speed below 2500 rpm. So it acts like 3.4 litre v4 engine when not much power is required from the engine.

The Rolls V12 makes 570 PS at 5250 rpm and develops 780 Nm torque from 1500 rpm. Though Bentley’s Mulsanne has the lesser horsepower, but gained more torque i.e. 512 PS at 4200 rpm and 1020 Nm at 1750 rpm.
Taking on the 0-100 kmph race, as noted the Mulsanne is much bigger in dimensions and heavier in weight than the Rolls Royce Ghost, it loses this race, but not by much, that is 5.3 seconds as compared to 4.9. While the Rolls restricted to 250 kmph, the Mulsanne goes the top speed of 296. The interior of the Mulsanne is more detailed with digital information in between speedometer and revcounter.
Transporting passengers at high speeds along with safety and comfort is very much possible with these two saloons. Both ride on electrically controlled air springs and variable damping, but only the Bentley provides a Drive Dynamics Control System through which the driver can select steering power and damper settings. With these things, the Mulsanne steering gets weighted as compared to the lightweight steering of the Ghost.
The Rolls has rear-hinged doors making access easier but also requires electric closure with a button on the pillar and Bentley has rear individual seats recline. Ghost is 17.6 cm short of the length of the Mulsanne. The wooden finish and leather combinations are selected by the experts for different colors and variations. Both the cars are great luxuries with Bentley Mulsanne being more spacious, larger and definitely a better drive and the Rolls Royce Ghost, the cheaper and more beautiful to attract us all. The competition of Bentley Mulsanne vs Rolls Royce Ghost remains unchanged as it’s to the perspective of the buyers, to whom either of them may become more attracted, or depends on the brand than on the engine options, V8 or V12.

Audi in its manufacturing has produced an elegant business car, called the Audi A8 as its flagship sedan. It can be called as the workstation. With so much technology and advancements in every field of work has made our lives better living. These inventions in technology can be seen in
Hyundai i10 was launched by the company in 2007 and became extremely popular among the buyers. Its sales crossed the sales of the other car from Hyundai, Hyundai Santro. The popularity of this car and the fact that is was one of the top three cars which were being sold
Here is the new fluidic and aerodynamic design of new Hyundai Elantra fluidic 2012. It looks fantastic and is a much-needed change Hyundai needed for its Elantra model though it resembles a bit to Hyundai Verna. There is much more to have a look than just good looks. This new