To be fair, most of us haven’t even looked at a fax machine in years. Although a rather peculiar example, this only shows how much marketing has evolved as a whole, and in only 10 years. 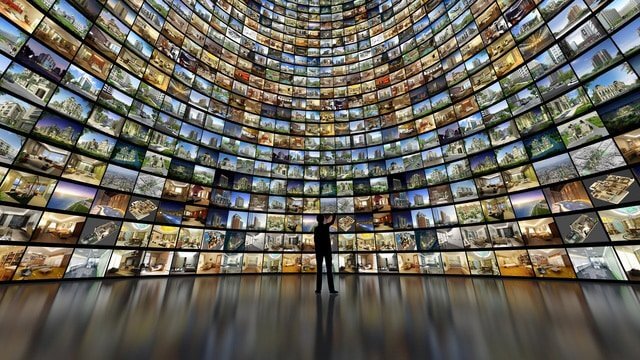 It turns out that the same goes for digital marketing. The marketing channels we started with are almost forgotten. The first computer-to-computer connection was made via dial-up in the early 1970s. In 1974, the first mobile phone call was made, and in the early 1980s, the first commercially available PCs gained popularity.

In the following years, the marketing channels for digital media simply exploded. There has been a tidal wave of new possibilities, new technologies, new ways to write the perfect sales copy and reach your potential customers.

The first e-mail ad was sent in 1978, when Gary Thuerk, a marketing manager at Digital Equipment Corp, sent a message promoting DEC machines to 400 users via Arpanet. The outcome was astounding – over $13 million in sales, but this was just the beginning.

In 1995, the commercial Internet as we know it completely changed the way we work with computers. It also completely changed the world of marketing for digital media, opening the door to a new type of mass communication. Up until the 1990s, digital media for an average user had to be transmitted on floppy disks, but now the information could quickly be sent to thousands of possible clients instantly, and remotely.

E-mail marketing continued to grow, and it remains a powerful marketing channel for digital media. Now, almost 40 percent of e-mails are read on mobile devices, and that figure is only expected to rise as more and more people need their information at the ready, and at their fingertips.

The first search engines followed hard upon the advent of the commercial web, but SEO became mainstream only during the mid-1990s. By 2005, SEO had become an essential marketing tool for digital media on a global scale.

SEO has evolved immensely even in the last decade, from early techniques like keyword stuffing, article submissions and spamming, to modern social media strategies that work with an internet-driven by higher consumer standards.

Nowadays, SEO is not a simple marketing channel, it is a cog in the complex machine of modern marketing communications as search providers mandate a better standard of quality and behavior out of marketing actions.

Social media platforms were as rare as hen’s teeth up until the early 2000s. It was not until 2005 when Facebook was launched that many realized just how big the idea of social media was going to be. MySpace and other, more primitive social media platforms were literally crushed. Social media wasn’t just a way to chat with friends, but quickly became a way to connect with brands, companies, and the rich and famous. This inevitably spurned a revolution in media production.

With the rise of social media channels has come the rise of a new kind of celebrity, and a new kind of marketing. An influencer is a person with an established name or brand all their own. They speak, and the Internet listens.

Like the age-old celebrity endorsement, many industries are now finding that with the additional benefit of digital social networks, they can reach their markets by reaching out to the internet personalities that influence their opinions. But unlike the celebrity endorsement, the partnership has more to do with matching messages and audiences than it does simple dollars and cents.

The social media influencer has a vested interest in maintaining their own brand, after all, since it was established on the backbone of the content they produce and distribute rather than being born out of another industry entirely. Misha Talavera of NeoReach goes on to discuss why influencer marketing is the next big thing.

Also known as outbound marketing, interruption marketing was all the rage a decade ago, but now this marketing channel is quite different. It was all just TV/Radio and e-mail spam, direct mail, but now everything changed, and arguably for the better.

It was all replaced with careful inbound marketing, great content, excellent sales copies, transparency, double opt-in e-mail lists, viral marketing and word-of-mouth brand building. In fact, the changes to how outbound marketing is conducted make for a great showcase of how consumer expectations have changed, and how they have forced the actions of marketers to change as well.

In the short course of a couple decades, the marketing channels for digital media has evolved spectacularly. Old techniques were adapted to modern trends and needs, new channels were created from scratch, some only to be re-envisioned in a more traditional light. It makes you wonder what the Internet will look like in another ten or twenty years.

Many of us remember the name of ‘Steve Jobs’ when it comes to perfection. He was also featured in an interview with ‘Wired’ back in 1996 where he speculated the revolution and future power of global E-Commerce. He categorically stated that ‘it’s going to be huge’ but just how
As always, most business owners are constantly looking for strategies and systems they can use to optimize their company. Whether you’re attempting to expand your sphere of influence, attain a better bottom line, or improve your daily operations, it’s important to know that utilizing cutting edge digital technology
Human history, since time immemorial, has been undeniably marked by a series of revolutions that helped shape us as modern individuals. Our whole concept of civilization is determined by a succession of consecutive turning points for mankind. From the early Neolithic Revolution, occurring more than 12,000 years ago, and