Hyundai i10 was launched by the company in 2007 and became extremely popular among the buyers. Its sales crossed the sales of the other car from Hyundai, Hyundai Santro. The popularity of this car and the fact that is was one of the top three cars which were being sold in the market, prompted the company to come up with a better version in 2011. 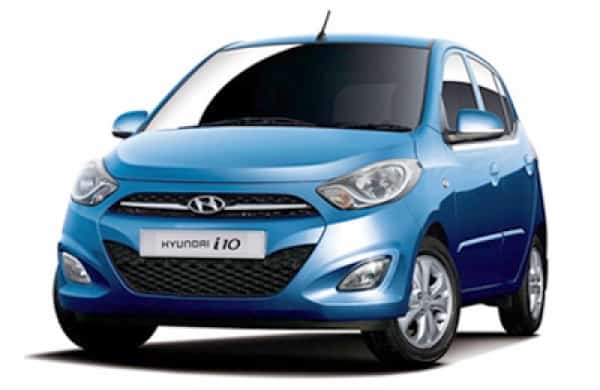 But since Hyundai i10 faces a lot of competition from other small cars, the sales of the car have dipped in the past two years, which is why the company came up with a new version to make sure that the brand does not disappear in the sea of small cars flooding the market. This new version has been named Hyundai Grand i10 and is much grander in every way from Hyundai i10 be it looks, interiors, engine etc. 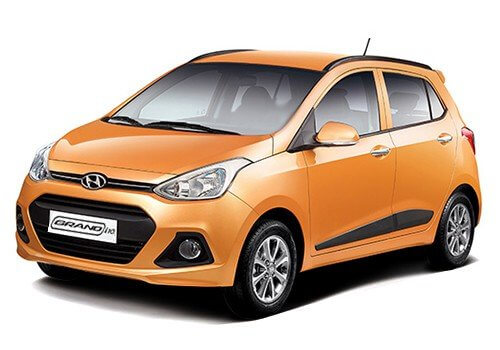 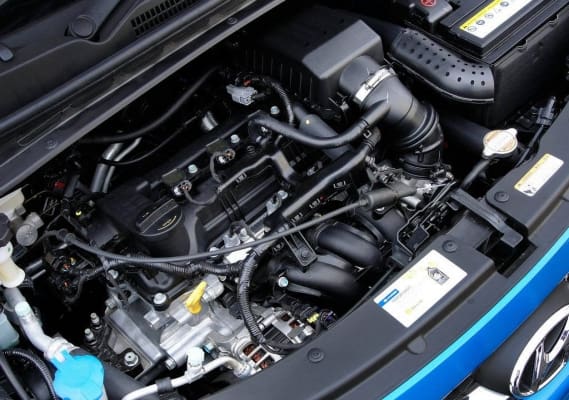 The most popular feature of Hyundai i10 has been the space in the cabin and the good quality fixtures inside. It has a good head space which enables even tall travelers to travel comfortably in the car. The leg room and shoulder room is decent and the rear seat can comfortably seat three passengers of medium build.

The plastic that has been used in the fixtures is of good quality and there is blue lighting for all the buttons which give it a very ethereal look. The speedometer also has a blue light which looks very classy.

The whole cabin has been done up in light and dark shades which go well with each other. The glove box is not very large, but the air condition is very effective. Hyundai i10 has a boot space of 235 liters which is not very great when compared to other small cars in the same segment. 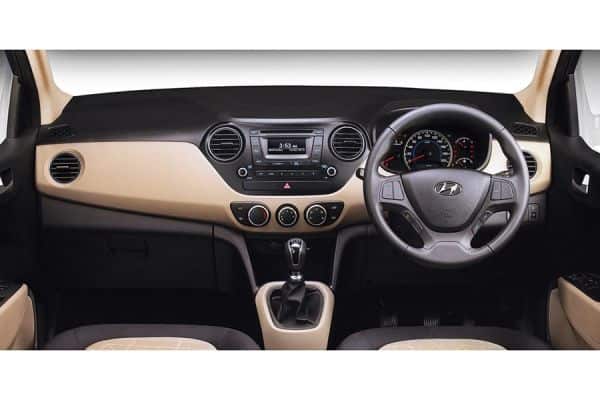 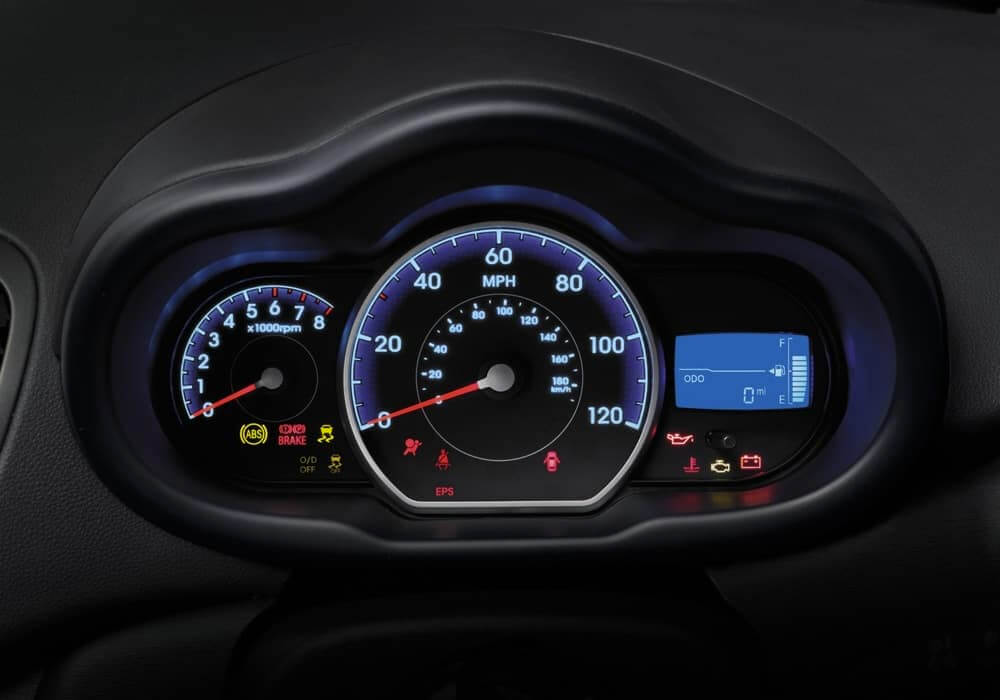 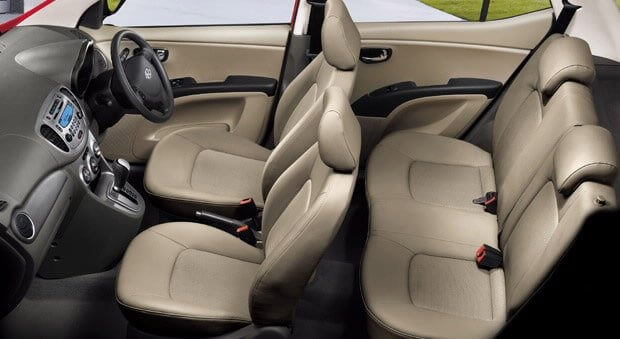 In comparison to Hyundai i10, Hyundai Grand i10 is longer which means that the cabin space would be quite impressive in this car. It can comfortably seat 5 adults. It has a very generous head, leg and knee room for all the passengers which ensures that all the people travelling in the car would be extremely comfortable.

The windows in the rear are large which gives a feeling of airiness and openness in the car. The interiors have been done in dual tones and the seating posture is quite high making it a perfect car for drivers who are short. The speedometer comes with an attached tachometer and an odometer.

The glove box is cool and has enough space to hold the important documents and other small things. The boot space of 256 liters is quite impressive. In this car, there are separate air condition vents in the rear which ensures that the passengers sitting on the rear seat would also be able to enjoy the coolness of the air condition. 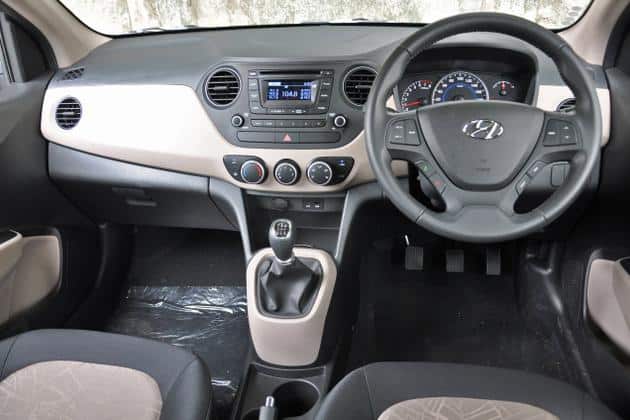 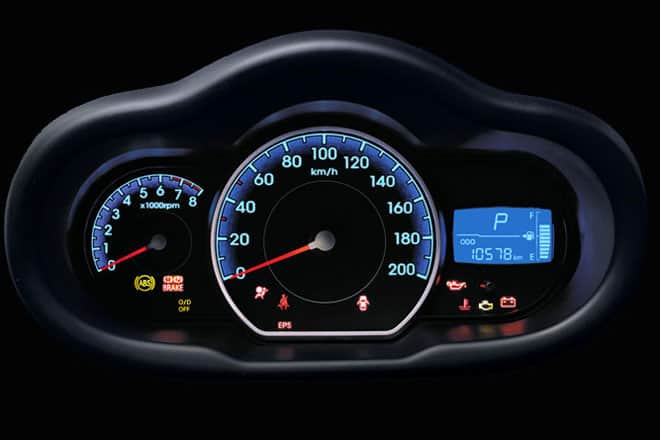 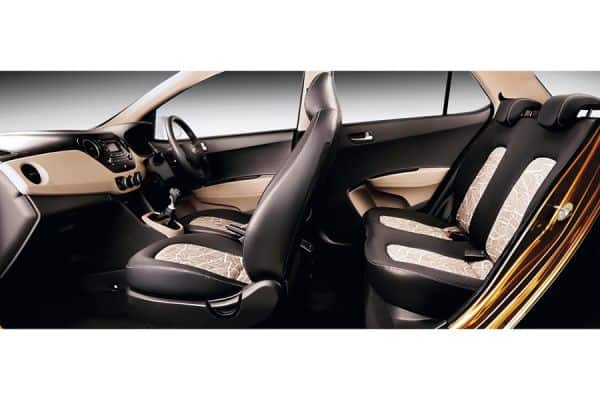 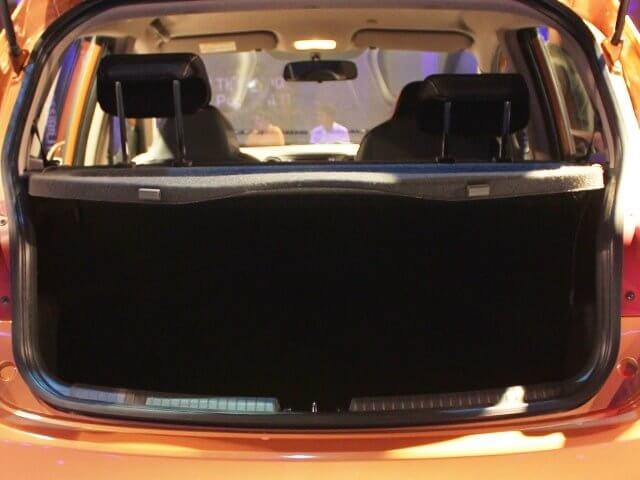 When compared to the other competitors, Hyundai i10 comes off to be a smart looking car but there is no sexiness to its exteriors. Hyundai i10 has big headlamps in the front and the grille in the front makes the front look more like a hexagon. This gives the car a very fresh look. The end of the rear door looks like it is trailing which seems as if getting into the car could be quite difficult.

The rear view looks very elegant due to the spoiler on the rear, but this can be seen only in the higher variants of the car. This car has a ground clearance of 165mm. 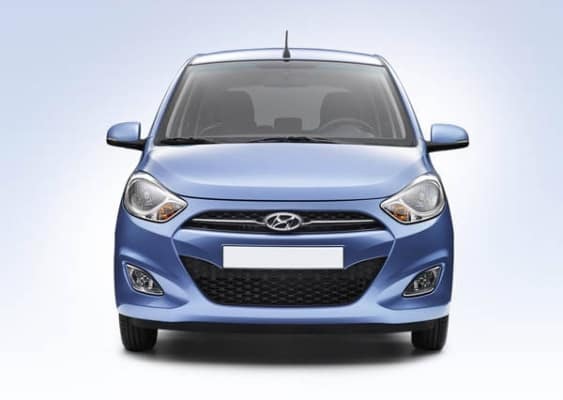 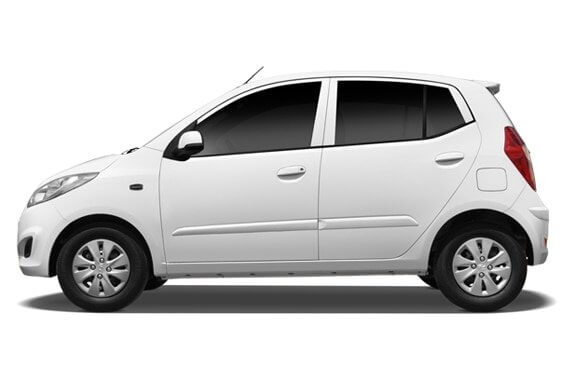 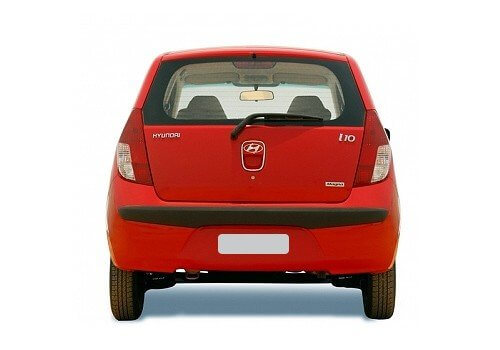 The exteriors of Hyundai Grand i10 are quite impressive and the design is fluidic. The front has the same hexagonal grille like in Hyundai i10. The side profile is also very impressive with door beadings and door handles made of chrome.

On the rear end, this car looks very attractive due to a much rounder and fuller look and the spoiler which overall give it a very elegant look. The ground clearance of the car is very good and makes it perfect to be driven on roads filled with potholes and speed breakers. 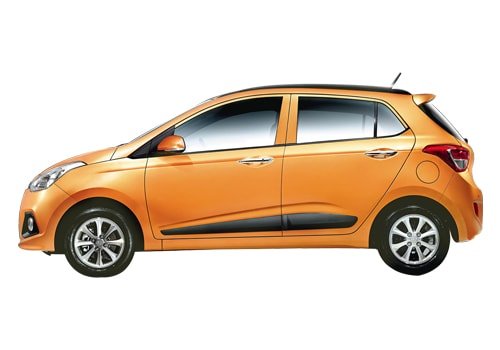 Hyundai i10 has a Macpherson strut in the front and in the rear it has a torsion beam axle. The steering wheel is very smooth which makes it perfect to be driven in city traffic. This car is very comfortable to handle and it is easy to control it.

The brakes also work very well and there are disc brakes on the front wheels and drum brakes on the back. The car has all the important safety features like seat belts, airbags for the passengers in the front, rear parking sensors, and ABS.

Hyundai Grand i10 is also very good to handle and the steering wheel is also good which makes it comfortable to drive both in the city traffic and on highways. Just like in Hyundai i10, the front wheels have disc brakes and the back wheels have drum brakes and the braking mechanism in this car is very efficient. The safety features include keyless entry, airbags, ABS, seat belts and child lock for the doors.

Thus, Hyundai Grand i10 is a much more improved and grander version of Hyundai i10 and would be sold in the market along with the original version.

The two big luxurious saloons Bentley Mulsanne vs Rolls Royce Ghost compete for their big brand names of Bentley and Rolls Royce. Bentley under the brand Volkswagen is a V12 with the Continental series, but the Mulsanne comes with the V8 option, the one which had powered the Bentleys and
Start the A-Class Way The Mercedes-Benz charges up with its Sporty young Mercedes-Benz A-Class, kept in mind for the young buyers. With the German carmaker entering the hatchback segment with the super cool A-class, it embodies the design traits from its great brand of luxury. It’s a super cool
The arrival of the Toyota Etios Liva Concept at the Auto Expo India (biggest auto exhibition in India held every 2 to 3 years) was showcased as the upcoming car in the hatch segment in 2010. Every car lover waits for this Expo to happen and bring them the latest