In 1955, a small team at the British Motor Corporation (BMC) started working on designs for a new small car. In 1956, Britain was facing international criticism following an invasion with France and Israel to take control of the Suez Canal from Egypt. Sanctions including an oil embargo threatened oil supplies to Britain.

Elsewhere, imports of small cars from Europe were threatening the dominance of British manufacturers. BMC countered with the Mini, which was unveiled in April 1959.

Lots of space inside with minimum dimensions outside, seats for 4 passengers, impeccable driving characteristics, superior fuel economy, and a very affordable price – this was the brief from BMC to Sir Alec Issigonis. And so it was, on August 26, 1959, he revealed to the world the result of the developments that had followed since the brief – MINI. At the time, it was a revolution in automotive design since its 34 bhp, 850 cc, 4cyl. petrol engine was mounted transversely up front. 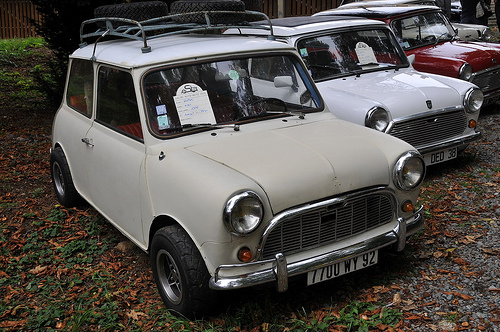 Start the A-Class Way The Mercedes-Benz charges up with its Sporty young Mercedes-Benz A-Class, kept in mind for the young buyers. With the German carmaker entering the hatchback segment with the super cool A-class, it embodies the design traits from its great brand of luxury. It’s a super cool
Hyundai i10 was launched by the company in 2007 and became extremely popular among the buyers. Its sales crossed the sales of the other car from Hyundai, Hyundai Santro. The popularity of this car and the fact that is was one of the top three cars which were being sold
The arrival of the Toyota Etios Liva Concept at the Auto Expo India (biggest auto exhibition in India held every 2 to 3 years) was showcased as the upcoming car in the hatch segment in 2010. Every car lover waits for this Expo to happen and bring them the latest